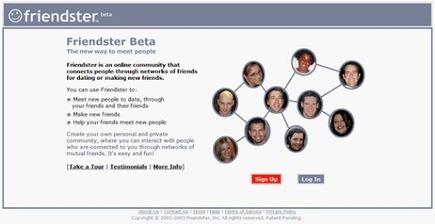 No? USENET, IRC, CompuServe, email and everything else that came before it aside, Friendster is generally considered the pioneer of modern social networking. Launching back in 2002, before even MySpace, Friendster became one of the first social networks to acquire one than one million users, reaching more than 100 million by 2008. And then, just like that, it all went a bit pear-shaped.

Still somewhat popular in Asia, Friendster reinvented itself as a games network, and now has just 8 million users. But how did it used to look? Like this.